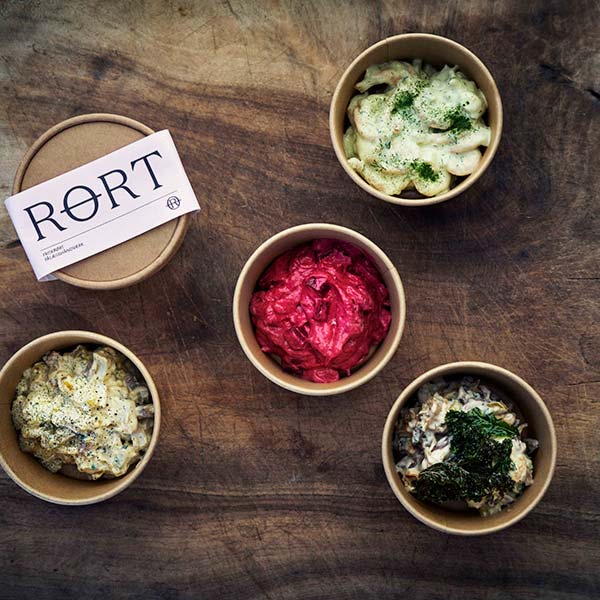 If you cut out all the hype around Nordic cuisine – as well as that surrounding various other fads, both large and small – then smørrebrød, the open-face sandwich, is the only genuine expression of uniquely Danish gastronomy. Copenhagen is still full of traditional old sandwich places such as Christianshavn’s Færgecafe, Restaurant Kronborg in Brolæggerstræde, or Café Toldboden in Amaliegade.

Regrettably, one of the strongholds for the reinvention of the Copenhagen sandwich, Restaurant Palægade, did not survive the combined effects of the coronavirus crisis and a fire in March, and has unfortunately closed its doors. Luckily, there is also some good news regarding a new, modernised sandwich landscape.

Rørt, located in the covered markets (Torvehallerne) is what is on the lips of Copenhageners – perhaps more so than on the lips of tourists, because both its concept and its name are interpreted pretty much implicitly. But to cut a long story short: Rørt (which means both “stirred” and “touched”) has reinterpreted the ”topping salad” – the least prestigious topping for a Danish sandwich. Traditional fillings in children’s lunchboxes consist of mackerel, ham and copious quantities of mayonnaise. But now the concept has been reimagined with maximum creativity and superlative ingredients by the 39-year-old Jean-Michel Grønnegaard Deleuran, who quit a consultancy job to reinterpret “topping salads” with variations like pork confit with pickled cabbage, egg with truffle, and hot smoked salmon with cheese.