The danish monarchy for dummies

For most tourists, the Danish monarchy and the Danes’ relationship to their queen are a source of fascination and curiosity. Here are some of the most common questions.

Why does Denmark have a queen and not a king?

In 1953, the Danes approved a change to the Constitution that allowed King Frederik’s eldest daughter to inherit the throne. Frederik, who had three daughters, was a popular monarch, and there was a widespread public desire for Margrethe to become queen. This became a reality in 1972, when King Frederik died. In the past, the Danish ruler has always been a man – with the notable exception in the medieval era of Margrethe I.

Does the Queen have political power?

No. The Queen does not intervene in politics, and no Danish ruler has done so since 1920. In theory, the Queen does possess political power and is required to sign all laws that are passed. But in reality, she is strictly non-political.

When does the Queen retire?

In Denmark – as in many other monarchies – the ruler’s job lasts until they die. The 80-year-old Margrethe has repeatedly maintained that she will stick to this tradition, although of course there’s often speculation about the contrary possibility. The only Danish king who abdicated is Erik Lam, who renounced the throne in 1146 – in other words, 872 years ago.

Who’ll take over when Margrethe dies?

Crown Prince Frederik, who turned 50 last year, is the first in the line of succession. He is the son of Margrethe and Henrik, Prince Consort of Denmark, who died last year. Frederik has four children and is married to Mary, who comes from Australia. 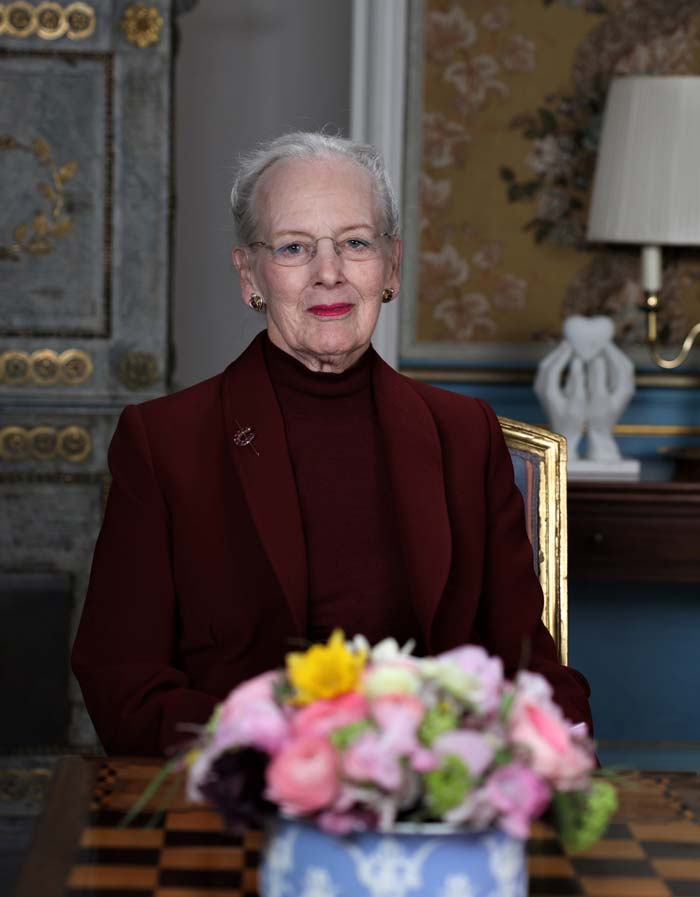 Is Margrethe descended from the Viking kings?

Yes, indeed. Most of Denmark’s earliest kings were Vikings. However, Margrethe is not a direct descendant of all the kings in the royal line. For example, Frederik VII died childless in 1863. That made it necessary to burrow deep among the duchies of Germany in order to find a successor to the throne whose line of descent could be traced back as far as the Danish kings of the 16th century.

The short answer is: yes. Queen Margrethe is immensely popular. Over 70 percent of Danes want to keep their monarchy.

Does the queen live in Amalienborg?

Yes, Amalienborg is the Queen’s home, but very often she’s anywhere other than at home. As the Queen of Denmark, she naturally has several castles in Denmark and one in France. In the summer she usually stays at Fredensborg Castle in North Zealand.

Is the Queen of Denmark rich?

Queen Margrethe has a monthly salary of around one million euros, which also has to pay for the staff of the court and the running costs of the castles. In addition, she has a considerable fortune bound up in castles and artworks. This naturally makes her very wealthy – indeed, she’s the wealthiest monarch in the Nordic region. But compared with the British monarchy – not to mention the royal houses of Arabia – the Danish monarchy is one of the average middle-class monarchies.

Is the Danish monarchy the world’s oldest?

No. Although this claim is occasionally made in tourist guides and brochures, the Danish monarchy is far from being the world’s oldest. The Japanese royal house is more than 1000 years more ancient. A case can be made that the Danish monarchy represents Europe’s oldest continuous kingdom, depending on what you define as marking the start of the British monarchy.