The C. L. David Foundation and Collection is a private foundation that owns the museum known as the David Collection.
 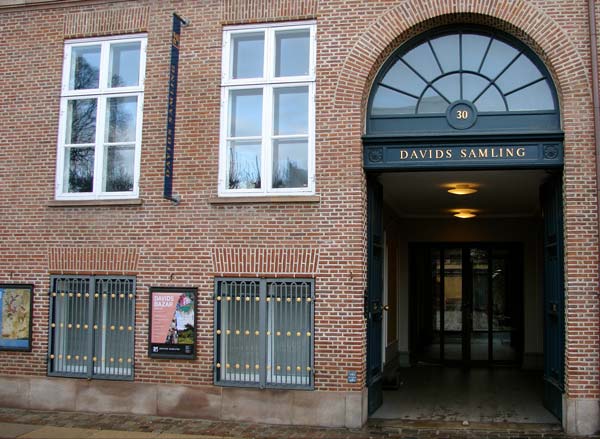 The David Collection is housed in the building once occupied by the museum’s founder, Christian Ludvig David, and in a neighboring property that was acquired later. Both date to the beginning of the 19th century. They underwent comprehensive renovation between 2005 and 2009 and provide the setting for a fully modern museum that respects its historical heritage.

Who would have thought you could find one of Europe’s finest collections of Islamic art in Copenhagen? It was also rather by accident that the industrialist C. L. David, who was of Jewish descent, began to take an interest in Islamic art dating back as far as the 8th century. David left a considerable fortune to the foundation that runs the collection, which is why it still charges no entrance fee. In addition to its Islamic collection, it houses a large collection of European art and art from the Danish Golden Age.