The most fairy-tale of towers. Copenhagen is a city of towers. Even the city’s former coat of arms depicts three towers, and anyone who ascends to where they can see Copenhagen from above will be able to confirm that the city’s skyline is dominated both by new towers and by very old ones.
 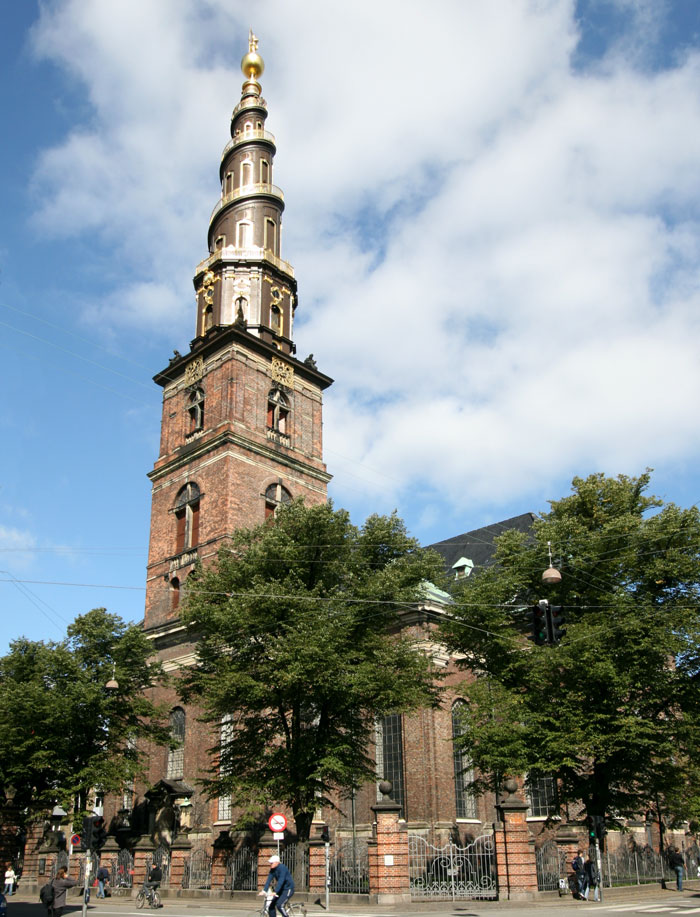 The most characteristic, and probably also the most famous, of all Copenhagen’s towers is that of Our Saviour’s Church in Christianshavn. Over 250 years after it was built, its winding tower, designed by the architect Laurids de Thurah, has a spiral shape that looks simultaneously modern and classical.

The tower’s fascination is made no less by the fact that generations of Copenhageners and other visitors have made the trip up the winding tower, and have felt the flutter of the butterflies in their stomachs as the winding stairs get narrower and narrower.

Not surprisingly, the tower has fascinatedcountless artists, including the author Jules Verne, the famous Danish band Gasolin, and the writers of the series of Belgian graphic novels that goes by the title Les Cités Obscures.

A trip up the tower is not merely a kind of ascent towards history. Due to Christianshavn’s location, you get fantastic views of the Øresund strait, the northern coastline, Sweden, the Øresund Bridge, and the remainder of Copenhagen’s towers.

Don’t miss the interior of the church, which is even older than the tower. The altar in particular is a minor masterpiece, and the nave and chancel are a dazzling example of Baroque architecture.

Our Saviour’s Church stands in Christianshavn. It’s two minutes away from the metro, but it’s also an obvious destination for a walk along the harbour  from the city centre across Knippel Bridge (Knippelsbro) or the walkway, or from Nyhavn harbour. From the city centre, walk across the Inner Harbour Bridge (Inderhavnsbroen).